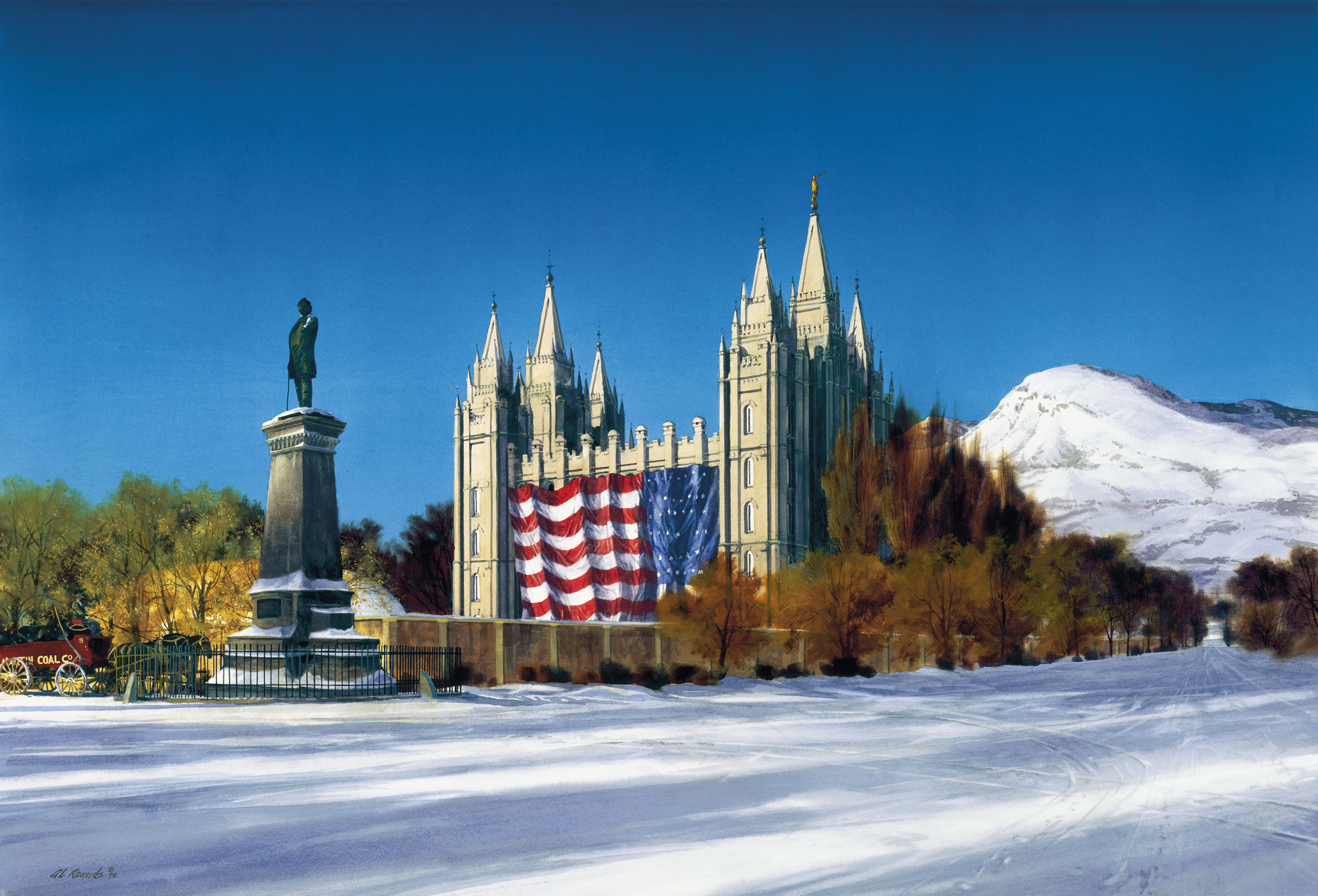 “Quite a few of my paintings come from the research that I’m doing on another painting. By the time I finish a painting, I have an idea for my next painting. “Celebration” started just that way. I was downtown going through some of the thousands of old photographs in the State’s collection, which was a very time consuming process. Nowadays all you have to do is get online and they are all there for you to see. Back then, as I was going through all of the old photographs of downtown Salt Lake I came across one particular photograph of the Salt Lake Temple with an American flag that hung on the south side of the temple (see photo below).”

“The photograph was very intriguing, and it brought to mind several questions. There was no explanation on the photograph as to why the flag was there. Nor why the flag was seemingly backwards. So I called Bill Slaughter, a Church historian, to see if he knew anything about it, which of course he did. Bill told me the flag was hung in 1896 to celebrate Utah’s statehood, and it was not hung backwards as I had thought. There was just no protocol on how to hang the United States flag until after the turn of the century.”

“I was very fortunate to be able to interview a woman whose mother, when she was very young, helped to sew that very special American flag. She told me that the stripes were 6 feet tall and the stars were each about a foot tall. She also said the flag was sewn on only one side such that it could be hung in only the one direction.”

“Utah received statehood in January 1896 and the flag hung on the temple for the entire year in “Celebration.” There are several photographs of it, one of which must have been later in the year because you can see several holes and worn spots in the flag.”

“Larry and Gail Miller purchased this painting because of their love of pioneer heritage. And they enjoyed telling the story of why the flag was hung seemingly backwards.”