Beautiful watercolors that carry us over a distance of miles and years,

which speak of history revisited and of lives well-lived. 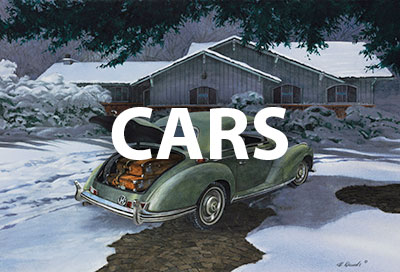 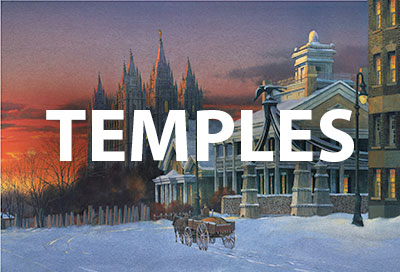 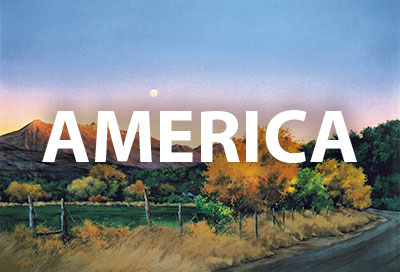 Stories Behind the Paintings

“This painting of “Nephi’s Temple” was completed in 2002, but prior to that time period I met with John Sorenson at Brigham Young University’s Ancient Studies. He talked to me about the type of structure the temple would have been. Based on the scriptures we know the size of the temple because it was crafted after Solomon’s Temple, but the materials were not as nice because they were not to be found. Dr. Sorenson and I also discussed the living conditions of the Nephites at that time period, including the type of dwellings that they would have lived in and the surroundings of the area.”

“At first my trip was going to take us to Guatemala, which was where Dr. Sorenson felt like most of those things took place during that time period. ”