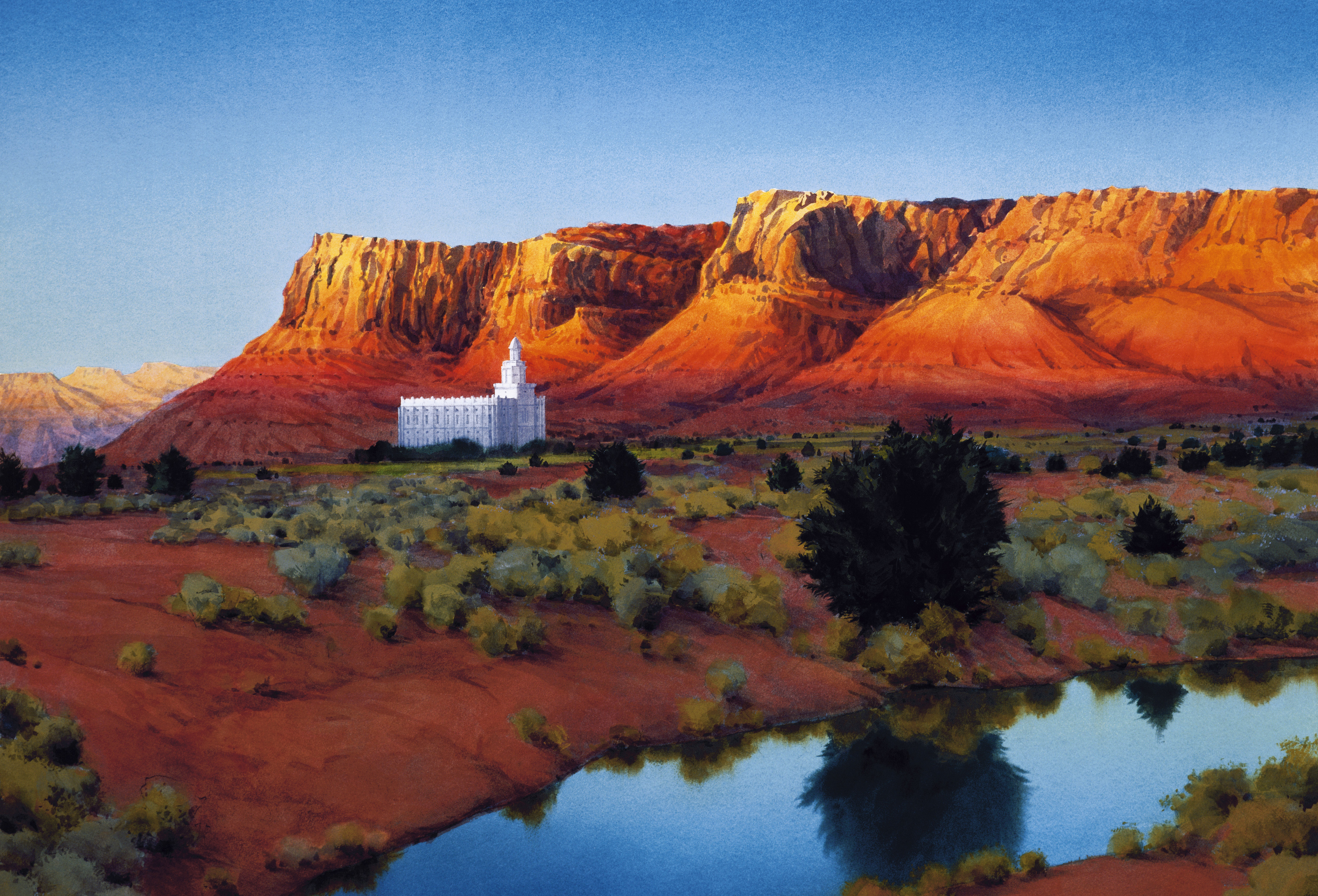 “I had wanted to do a painting of the St. George Temple, so I did my usual thing where I would drive, walk and hike around the area. I went up into the mountains to look down on the temple and just fill myself with lots of images until I could find something that matches the feeling I have. I get really strong impressions about what I need to do. And even though I can’t see an image in my head as I drive and hike around, eventually the image matches up with the feeling and I know what to paint.”

“But in this particular case, I was up in the Daughters of the Utah Pioneers building, which is uptown from the temple, and I saw a city plot map of the temple lot in 1877 and I noticed on the map that the temple was on the very east end of town and that the rest of the town was way west of it. I could see that if I took a visual pie piece from a bird’s eye of view I could see the temple without seeing any of the city, including all of the houses in the area and the tabernacle. I could see the temple just sitting by itself.”

“Then I went over to the Cottam’s home, and Calvin Cottam was a good friend of mine, and we were in his backyard and he was telling me about this mulberry tree that his grandfather, who was a pioneer settler in St. George, had planted. Calvin was telling me about the irrigation ditch that went by this tree. I climbed up the tree, which is pretty typical of what I do, so that I could see if I could see my idea from his house. And I could. I could see the temple, even then, sitting pretty much by itself. And that cemented the idea for me.I think it is really important that I was able to climb that tree.”

“I included an irrigation ditch in my painting because that is what completely fed the beauty of the land down there, even more than here in Salt Lake. With this angle you can see the temple by itself with the red rocks behind it. Still this is one of my favorite paintings because of the wonderful experience I had with my friends and being able to find this painting.”

To purchase standard prints of this painting, click here.

To purchase panorama prints of this painting, click here.