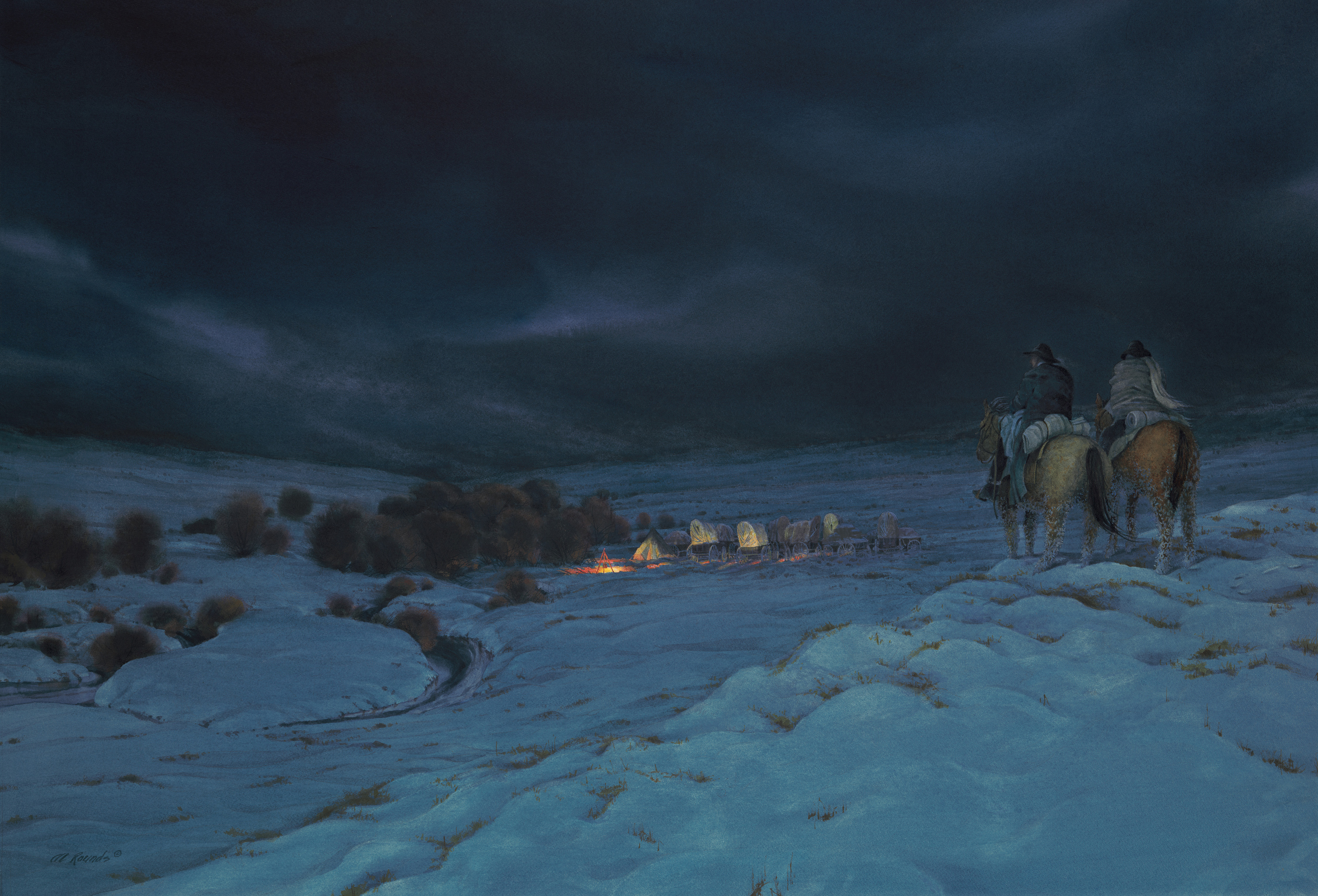 “The development of this painting came in two parts. The first came from being up on location in Wyoming at the filming of the Martin Willie Handcart Company documentary by Lee Groberg. I was interacting with the actors in 50 below weather conditions. The second came from a personal discovery of a second great-grandfather being part of the rescue party.”

“In between one of the location takes on the film I had a dream one night about 30 men standing in a dark fog. One stood forward and said to me “Don’t forget us.” I asked “Who are you?” and my dream ended without an answer. The dream repeated multiple times without an answer.”

“With talking to the historians that were on set, I was unsuccessful in finding out who that person was in my dream until one day at the Martin’s Cove Monument I was reading the names of the rescue party. On that list was Abiah Wadsworth, who was my third great-grandfather. I knew that he didn’t go. He volunteered to go, but got deathly ill and was unable to.”

“After investigation I found the diary of Joseph Wadsworth, his son, who went in his place. Joseph is who I saw in my dream and he was only 23 years old. In his diary he described how blue everything was, both the landscape and the people that they rescued. Hence the reason why the painting is so blue.”

“My experience on set in Wyoming taught me deep respect for those in the handcart companies. They dealt with one tragedy after another through their entire journey, but the extreme cold near the end taught me how incredibly resilient they must have been to not give up and become bitter towards God. On location I was unable to draw or get my camera to work due to the wind and cold. And even though I was wearing several layers of clothing, I was still shaking all over. This taught me that my paintings needed to portray what is almost their supernatural ability to trust in the Lord.”